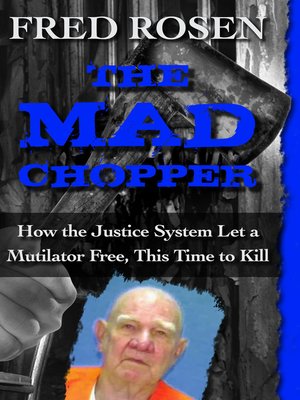 How the Justice System Let a Mutilator Free, This Time to Kill

The author of the true crime "masterpiece" Lobster Boy traces a brutal killer's history across two decades of slipping past the legal system (The Guardian).
When police in Tampa, Florida, arrested Larry Singleton in 1997 for brutally murdering prostitute Roxanne Hayes, they soon realized it wasn't the man's first violent attack. Back in 1978 he had gained notoriety as "the Mad Chopper" for raping and cutting off the arms of 15-year-old Mary Vincent on a patch of desolate, sun-scorched land 5 miles off the highway near Modesto, California.

When Singleton was let out of prison on supervised parole after serving only 8 years for his crimes, no community in California would accept him. He eventually moved back to his home in Florida, where he killed Hayes nearly 20 years after his original crime. But his first victim, Vincent, had survived, walking nearly a mile to get help after the assault, and testified against him at his trial for murdering Hayes.

More about Fred Rosen
The Mad Chopper
Copy and paste the code into your website.
New here? Learn how to read digital books for free