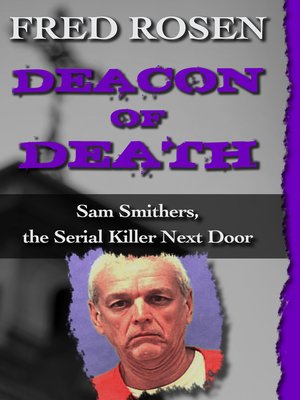 Baptist deacon, family man, pillar of his Florida community . . . and serial killer of prostitutes: chilling true crime from the author of Lobster Boy.

By day, Sam Smithers was the deacon of his Baptist church in Plant City, Florida, a respected neighbor to many, and a devoted husband and father. But after the sun set, he became something else: a violent attacker—and killer—of prostitutes.

Smithers's twisted double life came to light when a local woman who had hired him to take care of her property found him in her garage, cleaning an ax—and then discovered a puddle of blood. Through exclusive interviews with Smithers's wife, who described her spouse as nothing but a doting husband and father, author Fred Rosen learned why this man of God, raised in an intensely religious Tennessee home, was the last person anyone would suspect of committing these savage crimes. Rosen reveals the details behind the deaths of Christy Cowan and Denise Roach after Smithers picked them up in Tampa—and the fate of a man who seemed holier than thou, but was actually guilty as sin.

More about Fred Rosen
Deacon of Death
Copy and paste the code into your website.
New here? Learn how to read digital books for free