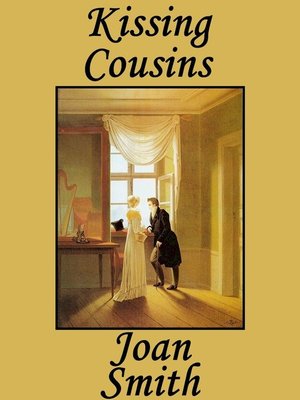 Samantha Oakleigh's brother was missing with a questionable woman—and they were accused of theft. She turned to her cousin Edward, Lord Salverton, for help. He, trying to avoid scandal which would ruin all his plans for marriage and a cabinet position, agreed to accompany her. Their search turned out to be a merry chase involving gaming hells, lightskirts, upstarts—and more. Regency Romance by Joan Smith; originally published by Fawcett Crest

Kissing Cousins
Copy and paste the code into your website.
New here? Learn how to read digital books for free