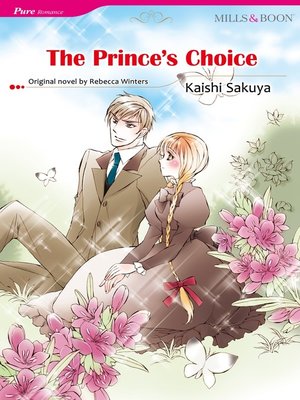 While taking in the Alps in honor of her late parents, Lee can't help but cry. A stranger approaches at the sound of her pain and comforts her, and Lee feels as though they're connected somehow—love at first sight. But when she returns to school to meet her friend Princess Sophie, she finds out her first love was actually Prince Raoul—Sophie's arranged fiancé! After eight years, Lee accepts that Raoul and Sophie will one day wed, but as luck would have it Sophie isn't in love with him and has no intention of marrying him. In order to get out of her arranged marriage, Sophie tries to convince Lee to seduce Raoul. Lee wants to see him again after so long but she can't imagine herself with a prince. And even if she were to succeed in winning his heart, would he break tradition and choose to be with Lee by calling off an arranged marriage?

The Prince's Choice (Mills & Boon)
Copy and paste the code into your website.
New here? Learn how to read digital books for free