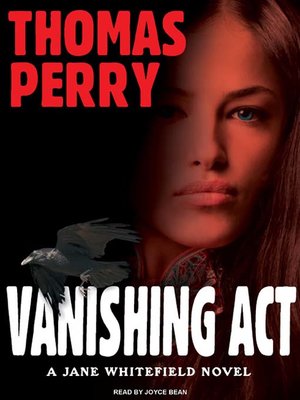 Jane Whitefield is a Native American guide who leads solitary outcasts through hostile territory to escape the vengeance of their enemies. But the shaded forest paths her Seneca ancestors might have followed on such missions have all been converted to superhighways, and now the safest way stations are crowded urban buildings that offer the camouflage of anonymity. Still, the supply of runaways---and the need for a woman who will take great risks to save them---have never been greater.

Jane knows all the tricks; in fact, she has invented several of them herself in the ten years she has been teaching fugitives to live with new identities. Many of her clients have been innocent people whom the institutions of society have been too slow and cumbersome to protect, but an increasing number have been like the gambler Harry Kemple: people who aren't especially admirable but who aren't bad enough to deserve to die prematurely.

Jane opens her door to find in her house an uninvited visitor named John Felker, the latest to run to her for sanctuary. Felker is not like the others Jane has helped, and everything about him is disquieting. He doesn't even know whom he is running from---only that whoever is framing him as an embezzler has already circulated an open contract in the prison system for his death. Maybe his problems began years ago, when he was a policeman; a good cop makes an enemy with each arrest. But perhaps he is still a policeman and has invented precisely the right story to entrap Jane. Or perhaps he is something even worse.

The unexpected guest draws this exceptional woman into an adventure of mystery, love and sacrifice, betrayal and vengeance, and propels her on a pursuit that takes her from the night streets of Los Angeles and Vancouver to the dark, unexplored regions of her own mind. There is no way for Jane Whitefield to survive this particular vanishing act except to uncover the hidden meanings of violent events that have kept police forces and criminal syndicates equally mystified for years. She must see beyond the cement and steel of the cities and learn to see as her Indian ancestors did.

Vanishing Act is Edgar Award winner Thomas Perry at the top of his form, pitting a heroine like no other against a cunning, implacable enemy in a world where mercy and brutality exist in equal measure and the only way to survive is by one's wits.

More about Thomas Perry
Vanishing Act
Copy and paste the code into your website.
New here? Learn how to read digital books for free