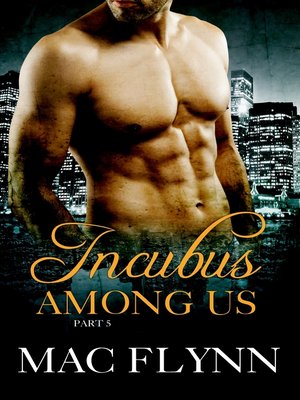 Incubus Among Us #5 (Shifter Romance)

Incubus Among Us (Shifter Romance)

FantasyFictionRomance
Liz Monroe finds herself unpleasantly popular among her enemies. The men in black return to purify her, and her evil boss conspires to jail her. To make matters worse she can't control the lust she feels for the male of the species, and a practice run with a borrowed young male turns into a bruising knockout for her. Will her powers consume her, or will her enemies do her in first? Can she continue to resist David's pleas for her to join him, or will she give herself to him and allow herself to fall into the sensual abyss of immortality?Incubus Among Us #5 is the fifth and final book in the INCUBUS AMONG US series.
FantasyFictionRomance

A seductress of sensual words and a lover of paranormal plots, Mac enjoys writing thrilling paranormal stories filled with naughty fun and hilarious hijinks. She is the author of numerous paranormal series that weave suspense, adventure and a good...

More about Mac Flynn
Incubus Among Us #5 (Shifter Romance)
Copy and paste the code into your website.
New here? Learn how to read digital books for free