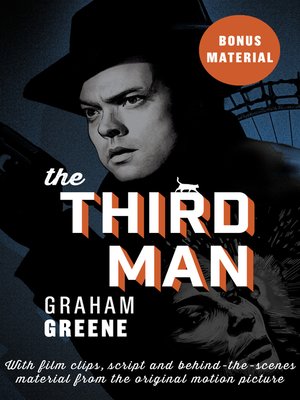 Experience the thrilling search for the Third Man as you follow Harry Lime through the gloomy and treacherous streets of Vienna, a city divided by war and corruption. This undisputed spy classic is now available for the first time with video and photography from the film that inspired the novel.

In this innovative new format, readers can see the development of Greene's masterful writing in the original script of the movie, with extra content showcasing the film's distinctive soundtrack and Oscar-winning cinematography. See clips and photos of Orson Welles embodying one of his most iconic characters alongside the text at key points. The unparalleled film and archive materials add new layers to the characters and the mystery at the heart of the story.

This is a special digital edition to celebrate Studio Canal's restored edition of the film. It includes:

- A large selection of behind-the-scenes photos from the archive, including candid photos of Orson Welles and the cast on set

- Scans of the original post-production script