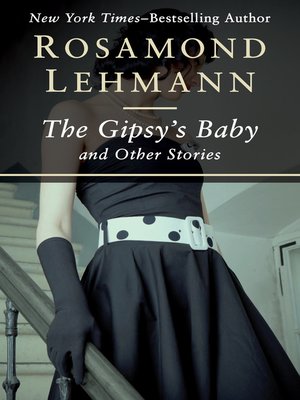 In "The Red-haired Miss Daintreys," four six-foot-tall sisters capture the imagination of young Rebecca when she and her family are on holiday. Beautifully crafted and informed by Lehmann's eye for telling detail, it is a moving meditation on familial ties, romantic love, and the end of an era. In "When the Waters Came" and "A Dream of Winter," both the deprivations of war and a swarm of bees take their toll on the inhabitants of a small English village—afflicting one family in particular. "Wonderful Holidays" is the tale of a divorced woman who cares for two children while a wounded veteran of World War I longs for his absent wife. And the title story is an exploration of the unlikely friendship between two families—one privileged, one poor—and the tragedy that ensues when a band of gypsies sets up camp on the outskirts of town.

These five stories will sweep readers into a world where grieving is a necessary part of the human condition and love can flourish in the most unexpected places. Morality, the class system, the grim realities of war, love and loss—Lehmann's trademark themes are on vivid display in this remarkable collection.

More about Rosamond Lehmann
The Gipsy's Baby
Copy and paste the code into your website.
New here? Learn how to read digital books for free