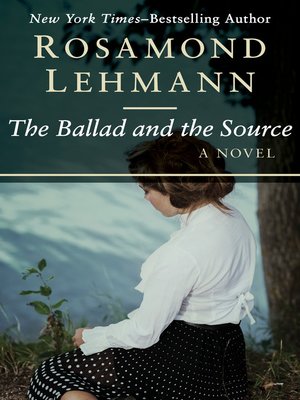 The Ballad and the Source

A young girl befriends an elderly woman during the First World War in this remarkable novel by one of Britain's best-loved authors
Sibyl Jardine, the former best friend of Rebecca Landon's grandmother, has recently returned to the Priory, her home at the top of a hill. Rebecca is instantly drawn in by Sibyl's magnetic personality and blunt, shocking manner. Decades earlier, Sibyl had left her husband Charles for another man and, as a result, lost her daughter Ianthe. Now she is finally about to meet her three grandchildren, who will become an integral part of Rebecca's life as she journeys into adolescence.

At the heart of this extraordinary novel is the enigma that is Sibyl Jardine: Is she a saint or a sinner? Is she a duplicitous lover or a woman who has been unjustly punished? Played out in a series of conversations between Rebecca, Sibyl Jardine, Jardine's granddaughter Maisie, and a Cockney maid named Tilly, The Ballad and the Source is a tale of perception and memory, passion and betrayal, and the fearsome power of a mother's love.

More about Rosamond Lehmann
The Ballad and the Source
Copy and paste the code into your website.
New here? Learn how to read digital books for free