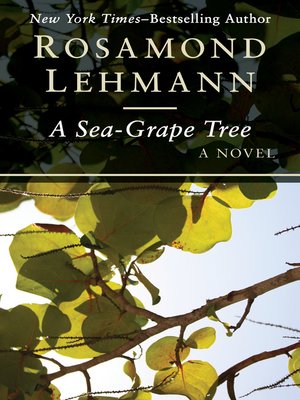 A woman searches for a fresh start on a remote Caribbean island in this sequel to Rosamond Lehmann's classic The Ballad and the Source
The year is 1933. After a heart-wrenching betrayal by her married lover, Rebecca Landon leaves London for a tiny island in the Caribbean. There, she meets a colony of expatriates, including the voluble Captain Cunningham and his wife, Ellie, who were the first white settlers on the isle. She also meets Johnny, a married former pilot who was crippled in the war and now lives as a recluse. Drawn together by their mutual pain and sorrow, he and Rebecca are soon swept into a passionate affair.

But there's yet another presence on the island: the spirit of Sibyl Jardine, a scandalous beauty who fascinated Rebecca as a child and has left an unforgettable mark on the woman Rebecca has become. Mrs. Jardine also came to this remote island to escape, and before she died, she forged a powerful connection with Johnny. Does her ghost still cast a shadow over the island's inhabitants? What is her unfinished business and what is she trying to communicate to Rebecca and Johnny? Or is it Rebecca who is trying to communicate something, driven by her own need for closure?

This is a poignant, uplifting novel about the lives we leave behind, our eternal quest for love, and the answers we seek when our faith is shaken.

More about Rosamond Lehmann
A Sea-Grape Tree
Copy and paste the code into your website.
New here? Learn how to read digital books for free