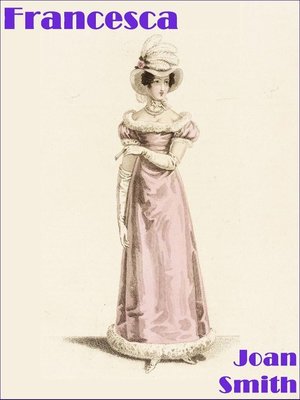 When she learned about her late husband's infidelities, Lady Francesca Camden went a little wild. Assuming her maiden name of Frankie Devlin, she encountered Lord Devane at a masquerade. He thought she was a lightskirt and pursued, but she was rescued by a friend. Now, about to be forced from her home and accused of stealing an heirloom necklace, Frankie still would be no one's mistress. Regency Romance by Joan Smith; originally published by Fawcett Crest

Francesca
Copy and paste the code into your website.
New here? Learn how to read digital books for free