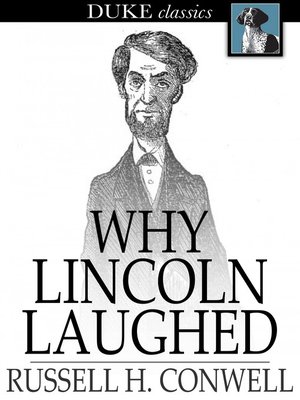 Though he would later achieve widespread acclaim as a popular minister and writer, when he was a young man serving in the Union army, Russell Conwell had a chance encounter with then-President Lincoln. Over the course of their conversation, Conwell was able to gain a great deal of insight into Lincoln's unique personality and sense of humor. His recollections of their chat are presented in this charming volume.

Why Lincoln Laughed
Copy and paste the code into your website.
New here? Learn how to read digital books for free