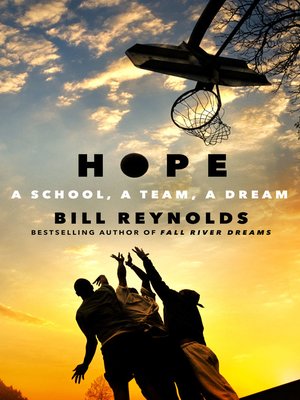 A School, a Team, a Dream

Hope High School in Providence, Rhode Island was once a model city school, graduating a wide range of students from different backgrounds. But the tumult of the 1960s and the drug wars of the 70s changed both Providence and Hope. Today, the aging school is primarily Hispanic and African-American, with kids traveling for miles by bus and foot each day.
Hope was known for its state championship basketball teams in the 1960s, but its 2012 team is much different. Disobedient, distracted, and overwhelmed by family troubles, with mismatched sneakers and a penchant for profanity and anger, these boys represent Coach Dave Nyblom's dream of a championship, however unlikely that might seem. Nyblom's mostly black players, including several who emigrated to Providence from war-torn Liberia, face gang violence, domestic uncertainty, drug problems, and a host of other issues. But with the unfailing support and guidance of Nyblom and other Hope coaches, their ragtag team gradually pulls together, overcoming every obstacle to find the faith and trust in themselves that Nyblom never stops teaching.
A look at a hidden world that just a few hundred yards from Brown University, Bill Reynolds' Hope is the inspiring true story of young men and their mentors pursuing one goal—a championship—but achieving so much more.

Bill Reynolds is a sports columnist for The Providence Journal and the author of several books, including Fall River Dreams and (with Rick Pitino) the #1 New York Times bestseller Success Is a Choice. He lives in Providence, Rhode Island.

More about Bill Reynolds
Hope
Copy and paste the code into your website.
New here? Learn how to read digital books for free