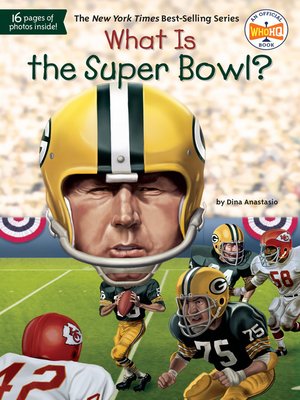 What Is the Super Bowl?

HistoryJuvenile NonfictionSports & Recreations
With over 110 million viewers every year, the Super Bowl is one of the most watched television events in the United States. The final showdown between the two best football teams in the NFL attracts some of the biggest musicians to perform at the half-time show. But the Super Bowl is more than just a spectacle – it's a high-stakes game to win the championship and claim a place in history. Go back in time and relive all the magic from years past – from excruciating fumbles to game winning plays.
HistoryJuvenile NonfictionSports & Recreations

What Is the Super Bowl?
Copy and paste the code into your website.
New here? Learn how to read digital books for free