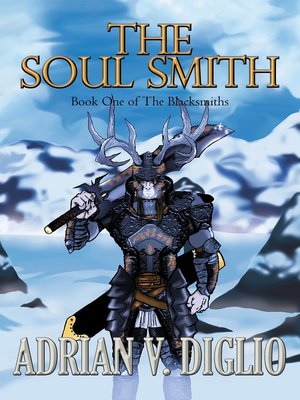 FantasyFiction
Clan Wyndlyn, a tribe of antler-endowed warriors known as elkin, have united their forces with a neighboring clan. Though Erador Wyndlyn, a promising warrior that takes pride in his heritage, grows suspicious of the other clan's intentions.It isn't long before Erador finds himself thrust into a position of leadership over the clan after the murder of his father. His first order of business: vengeance. And he'll do anything to get it. However, his crusade for revenge unknowingly leads him amidst the dealings of a demi-god.
FantasyFiction

Adrian V. Diglio has been an enthusiast for all aspects of the fantasy genre since he was a child. Now, uniting that obsession with the written word, Adrian's first novel, THE SOUL SMITH, ignites the epic saga of The Blacksmiths series (a planned ...

More about Adrian V. Diglio
The Soul Smith
Copy and paste the code into your website.
New here? Learn how to read digital books for free