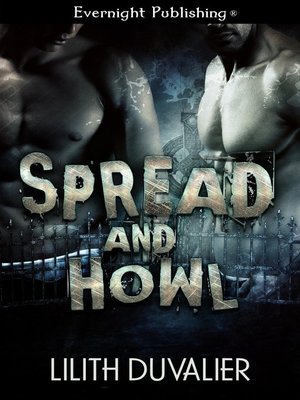 FictionLiterature
Gardenne-Sur-Seine is an unlucky village. A monster known only as The Beast stalks the village by night, leaving bodies and widows in its path. Marius Lemarque, the village stonemason, has lost his family and his lover to this terror, and is determined to learn what The Beast is before he kills it himself.Guillaume Bissette, the King's Master of Hunt, also wants to find and kill The Beast. The King would like the head for his trophy room, and fulfilling the King's wish will strengthen Guillaume's position at court.But when Marius and Guillaume join forces to save Gardenne-Sur-Seine from The Beast, they quickly find themselves entangled in a hunt that neither could have imagined, embroiled in a secret neither can disclose, and engulfed by a passion neither expected.
FictionLiterature

Spread and Howl
Copy and paste the code into your website.
New here? Learn how to read digital books for free