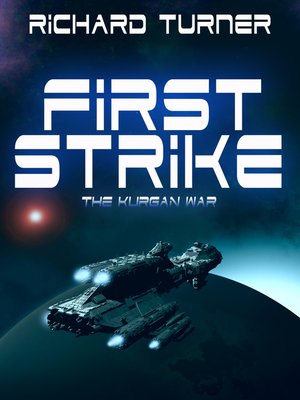 FictionScience FictionSuspenseThriller
When war comes after a century of peace, it is sudden and brutal. Taken by surprise Earth's far-flung colonies are in danger.The only son of an admiral, Second Lieutenant Michael Sheridan finds himself thrust into a desperate conflict that he and the untried soldiers under his command are ready for. Focusing on the people struggling to survive the onslaught, First Strike is a novel that propels the reader to the furthest limits of space. Fighting a ruthless and determined enemy, Sheridan soon learns the brutal lessons of war and that his enemy may not be what it appears to be.
FictionScience FictionSuspenseThriller

More about Richard Turner
First Strike
Copy and paste the code into your website.
New here? Learn how to read digital books for free