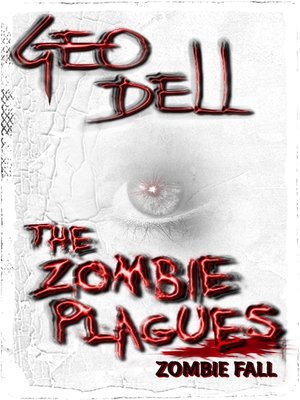 The stench was overpowering as he stepped partly inside. The fire was out, and there was little light to see by. Even so he could see the remains of two bodies that lay close by the entrance way. He stood looking down at the bodies, but there was no way to know who they had been. He might have gone on staring, lost in thought, but the nearest one lifted her upper body from the floor with her arms. Gina, Bear saw. Her eyes were not the same, but there was something in the face that was still her own.
Her eyes were red. Her legs were gone, ripped from the hip sockets, yet she struggled to lift her entire body, her stomach convulsing, muscles contracting. Bear lowered one gun and shot her between the eyes. Jelled brain splattered to the floor behind her and sagged back down to the floor.
The sound of the gunshot woke up something or someone in the farther reaches of the factory. The odd whining sounds the dead produced leapt out at him and the sound of feet dragging against the concrete. Bear let the curtain of canvas fall back in place. A second later he was back at the truck where he had left Cammy. She reached over and unlocked the door, Bear ripped the door open, glancing at the ignition as he did. No keys.
He shut the door and ran for the other truck. The keys dangled from the ignition through the glass. He turned and raced around the edge of the first truck and yanked the door open. A second later he had pulled Cammy out when she had seemed to be hesitating, looking toward the factory.
"But... Bear, Maddy...., Bear," she said as he propelled her toward the other truck.
He pushed her into the other truck. "Cammy... Nothing is alive in there... Nothing. Cammy, stay put," Bear told her.
There was no movement of the canvas cover. He had been watching it, expecting it to move and the dead to come pouring out into the sunlight. He had seen some who seemed to be unaffected by sunlight: After they had been around for a while they adapted, changed, moved themselves away from that limitation. These had not come running. It didn&#39;t mean that they couldn&#39;t. He was taking nothing for granted.
He walked back to the first truck. A few seconds under the dashboard and he had ripped away the ignition wires. He twisted two of the wires together, and then touched the other wire to the hot wire, the starter spun, caught and then the motor began to turn over. A second later it coughed to life. He dropped it into drive and then backed it around until it lined up with the factory doors about eighty feet away.
He had kept his eyes on the factory entrance. Sounds caused the dead to become even more active. He watched for a few seconds longer. The canvas moved and a rotting face slipped from inside, hissing as the sun touched it, quickly allowing the draped canvas to fall closed once more. Bear walked down along the pickup bed to the gas cap door.
He opened the door, spun the cap from the tank, and the fumes rushed up to meet him. He had no idea how much was in the tank, but they filled them at every chance, so it should be close to full. He let the cap fall from his hand as he drew his pocket knife, snapped it open, and then leaned back inside the cab. A second late he was slicing through the seat cover, cutting long foam backed pieces from it. He took four of the longest pieces, wound them together and then walked back to the tank.
He pushed some wound up rag down into the tank, A second later he bent and drove his knife into the gas tank where it rested below the body panel for the pickup box. He reached into his pocket, liberated his lighter: Spun the wheel and lit it, then dropped the shift lever into drive. In one quick...