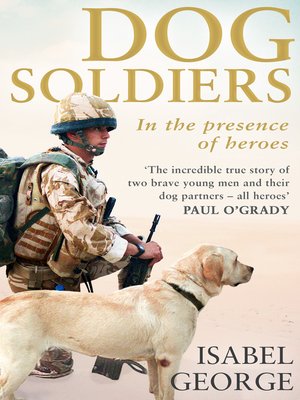 In the Presence of Heroes

Biography & AutobiographyNonfiction
Dog Soldiers tells the story of two brave young 'dog soldiers' (Army bomb dog handlers), killed in action in Afghanistan with their dogs by their side, through the inspirational words of their mothers. Lance Corporal Kenneth Rowe and Lance Corporal Liam Tasker were both dog lovers from boyhood and went on to do the job they had always wanted to do. Through the soldiers' mothers – Lyn Rowe and Jane Duffy – the book will take the reader on a journey and a celebration of the young men's lives that begins with the two young boys growing up and fulfilling their dream to serve Queen and country as Army dog handlers – Ken Rowe with his dog, Sasha, and Liam Tasker with his canine partner, Theo. Both mothers acknowledge that their sons signed up to do the job they loved best and fell with their loyal and trusted best friend beside them. Jane Duffy said of her son, Liam Tasker: 'I know my son died doing the job he loved. And he loved that dog as I loved my son, with every ounce of his being. To lose Liam was and still is unbearable. But for Liam to have survived without Theo? Unthinkable.'
Biography & AutobiographyNonfiction

More about Isabel George
Dog Soldiers
Copy and paste the code into your website.
New here? Learn how to read digital books for free