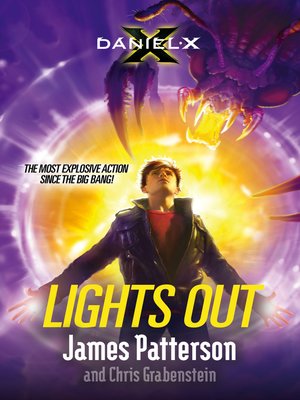 James Patterson's high-octane sci-fi adventure series comes to a white-knuckle conclusion in the final battle that Daniel X has been waiting for.

Daniel X has been hunting aliens most of his life. Aided by his power to create anything he can think of, he's fought his way up the list of the galaxy's most wanted aliens, demons and scumbags. There's only one name left.

The Prayer. Evil incarnate. The one who robbed Daniel of a normal, happy life the day he gunned down Daniel's entire family. They say The Prayer is basically a god, hell-bent on bringing death to every corner of the universe. And only Daniel X can stop him.

But Daniel's amazing power seems to have abandoned him, and he's grasping at answers he can't quite reach. With the fate of Earth hanging in the balance, can Daniel find a way to win a fight that has him hopelessly outmatched?