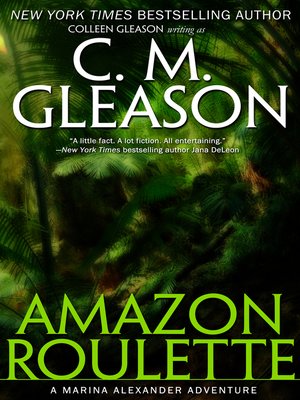 The Lake Superior Basin, 2000 B.C.E.: Two hundred tons of raw copper are mined and removed by white-skinned strangers who leave behind a mystery of their own. Tunguska Siberia, 1908: The earth rumbles and roars, destroying everything in a thirty mile radius...except for an infant, miraculously left untouched. St. Louis, Missouri, Present Day: A far-reaching blackout brings the economy in the Midwest to a halt...and the only explanation is a swarm of rare beetles from the Amazon. Napo, Ecuador: The body of a Korean businessman, still dressed in his suit and loafers, is found in the Amazon jungle...with no indication of how he got there. Marina Alexander, search and rescue expert, is fortunate enough to be on hand when a young couple gets lost in an old cave in Northern Michigan. She also discovers what brought them deep into the ancient copper mine: possible proof of European visitors to North America far earlier than believed. Though it could be the biggest find of her career, Marina fears there is a connection to her grandfather—the patriarch of a Siberian tribe and eco-terrorist group—and that he will draw her back into the fold. Meanwhile, it's clear the eco-terrorists are planning a new attack on U.S. soil, for they leave a trail of dead bodies and injuries in their wake...leading up to something far-reaching and deadly.

From the ancient copper mines of Northern Michigan, to the suburbs of Chicago, the thick, humid rainforest of Ecuador, and a hidden temple deep in the Amazon jungle, Amazon Roulette will have readers on the edge of their collective seats as Marina races against time to stop her family from its destructive plan.