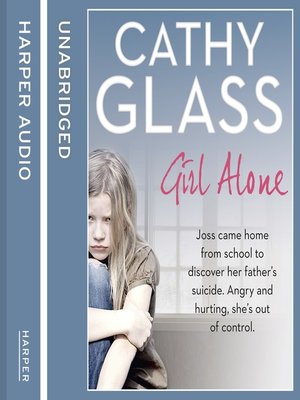 Joss came home from school to discover her father's suicide. Angry and hurting, she's out of control.

Biography & AutobiographyNonfiction
Aged nine Joss came home from school to discover her father's suicide.She's never got over it. This is the true story of Joss, 13 who is angry and out of control. At the age of nine, Joss finds her father's dead body. He has committed suicide. Then more recently her mother remarries and Joss bitterly resents her step-father who abuses her mentally and physically. Cathy takes Joss under her wing but will she ever be able to get through to the warm-hearted girl she sees glimpses off underneath the vehement outbreaks of anger that dominate the house and will Cathy be able to build up Joss's trust so she can learn the full truth of the terrible situation.
Biography & AutobiographyNonfiction

More about Cathy Glass
Girl Alone
Copy and paste the code into your website.
New here? Learn how to read digital books for free