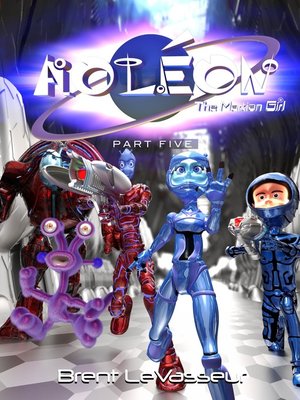 Part 5 The Great Pyramid of Cydonia

FictionScience Fiction
Will Aoléon and Gilbert discover the truth at last?It's been one difficult challenge after another, but Aoléon, Gilbert and their friends (Bizwat, Helios, and Zoot) make it to their final destination: the secret Martian base located under the Great Pyramid of Cydonia. But their adventure isn't over yet. Not by a long shot!Not only must they infiltrate a secret underground facility guarded by legions of sentrybots to find and rescue Aoléon's parents, but they also must face their toughest test yet.Can Gilbert help Aoléon rescue her parents and stop the Martian invasion once and for all?Read the exciting conclusion to the Aoléon the Martian Girl series to find out!
FictionScience Fiction

More about Brent LeVasseur
Part 5 The Great Pyramid of Cydonia
Copy and paste the code into your website.
New here? Learn how to read digital books for free