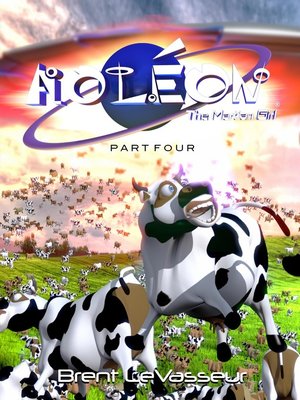 Juvenile FictionJuvenile Literature
Aoléon and Gilbert are on the run – with a whole army of Martians on their trail!Having foiled the Luminon's plot to disrupt the Martian galact supply, Aoléon and Gilbert join forces with Bizwat – a Procyon commando who poses as a pizza delivery guy, and Helios – a first-generation soldierbot. They flee the Martian megalopolis aboard a flying saucer with the Luminon's paladin guards in fast pursuit.Their luck quickly goes from bad to worse. Their saucer is blown out of the sky, and they crash deep in the forbidding Martian desert, more than a thousand miles away from their intended destination.Battling starvation, thirst, and a Klyklon dust storm (not to mention a giant slor intent on swallowing them whole), will our two intrepid heroes live long enough to reach the secret base where Aoléon's parents are being held captive?Dive into part four of Aoléon the Martian Girl to find out!
Juvenile FictionJuvenile Literature

More about Brent LeVasseur
Part 4 Illegal Aliens
Copy and paste the code into your website.
New here? Learn how to read digital books for free