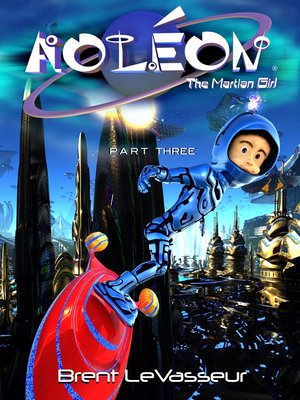 FantasyJuvenile Fiction
First it was Earth's cows, and now it's the Martian galact supply! When will this madness end?While spying on the Luminon, Aoléon and Gilbert uncover the Martian leader's plot to steal Earth's milk cows for his own nefarious ends. Even more shocking is their discovery of the Luminon's intent to sabotage and disrupt the Martian galact supply. Now the young duo must race against the clock and the Luminon's saboteur to warn the manager of the galactworks (Aoléon's father, no less!) of the imminent danger before it's too late.Join Aoléon and Gilbert as they fight back against everything the universe throws their way – from horrible space accidents to angry squads of Royal Paladin Guards, to a megalomaniacal Martian leader bent on capturing them – in this exciting episode of the middle-grade science fiction series, Aoléon the Martian Girl.
FantasyJuvenile Fiction

More about Brent LeVasseur
Part 3 The Hollow Moon
Copy and paste the code into your website.
New here? Learn how to read digital books for free