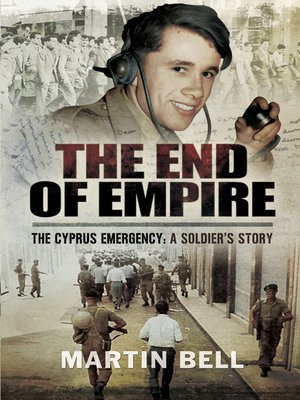 The End of Empire

HistoryMilitaryNonfiction
Martin Bell, the former BBC was reporter and Independent MP, served as a soldier in the Suffolk Regiment during the Cyprus emergency between 1957 and 1959. In a chocolate box in the attic many years later he found more than 100 letters that he had sent home to his family. He was not a journalist then, but the letters give a vivid impression of what it was like to be a conscript on active service during the EOKA rebellion against British rule. They describe road blocks and cordons and searches, murders and explosions and riots – and a strategy of armed repression that ultimately failed. From this beginning he has written The End of Empire.
His narrative is a powerful and personal account of the violent process of decolonization, of the character of the British Army at the time and the impact of National Service on young men who were not much more than ‘kids in uniform’. It also gives a graphic insight into the ultimate futility of the use of force in wars among people and it reveals the true story of the insurgency and the campaign to defeat it.
By drawing on recently declassified documents, he shows that Cyprus in the late 1950s was run not by the governor but by a military junta. The army commanders were looking for the knockout blow that would deliver victory, but their misguided tactics served only to strengthen support for their enemy.
So The End Of Empire is much more than a personal reminiscence. It is an absorbing account of the experience of army life from the perspective of a private soldier, and it is the inside story of how Britain tried to crush a violent rebellion sixty years ago.
HistoryMilitaryNonfiction

The End of Empire
Copy and paste the code into your website.
New here? Learn how to read digital books for free