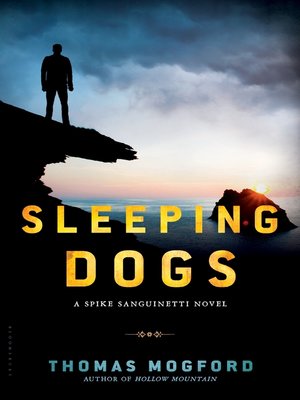 Haunted by his failure to prevent the violent murders of two innocent women, Gibraltarian lawyer Spike Sanguinetti loses himself in his work. After much persuasion, he joins an old flame, Detective Sergeant Jessica Navarro, for a well-earned rest at a friend's villa on Corfu's beautiful northeast coast. There they meet philanthropist Leo Hoffmann, elderly scion of the powerful Hoffmann banking family.

Leo has just unearthed an important archaeological site on the Corfiot coastline, but the lavish celebrations to mark the event are interrupted when the body of a young Albanian bludgeoned to death is discovered at the site. When a local man is arrested for the murder, Spike reluctantly agrees to defend him pro bono in what appears to be an "open and shut" case. Yet the more Spike delves into the facts surrounding the victim's death, the more he starts to doubt the official version of events.

As news emerges that a vulnerable young woman has gone missing, a frantic search begins, which sees the idyllic holiday island transformed into an arena of old rivalries, political corruption, and murder. Uncovering secrets so damaging that those involved will go to any lengths to protect them, Spike begins to realize that some sleeping dogs can never be allowed to lie.