The Man from Muscle Shoals

ebook ∣ My Journey from Shame to Fame 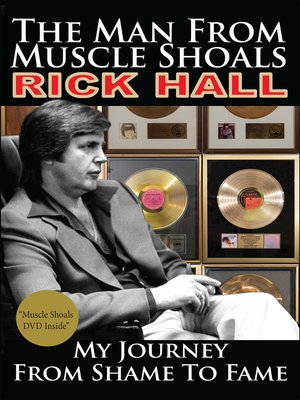 This is the story of legendary record producer Rick Hall and his historic role in the development of the world-famous “Muscle Shoals sound."
Rick Hall made music history when he founded FAME Recording Studios, the first professional recording studio in the entire state of Alabama. After producing and engineering the area's first national hit on Arthur Alexander's Southern Soul classic “You Better Move On," Rick went on to earn international fame and eventually a Grammy for a lifetime of achievements.
In the days when Martin Luther King Jr. was marching for freedom, Rick proved to be a civil rights pioneer through his music. His records helped introduce white audiences to the black music market and black audiences to the white music market.
From the moment “You Better Move On" hit the charts, record executives literally flocked to Muscle Shoals for Rick to produce and engineer a mind-boggling array of major artists, from Aretha Franklin to Bobbie Gentry, from the Osmonds to Alabama. His astonishing production abilities were matched by his incredible versatility.
Music fans, history buffs, and others delight to these fascinating tales of how Rick Hall launched the music careers of so many famous artists.
Award-winning DVD, Muscle Shoals, included with every book.