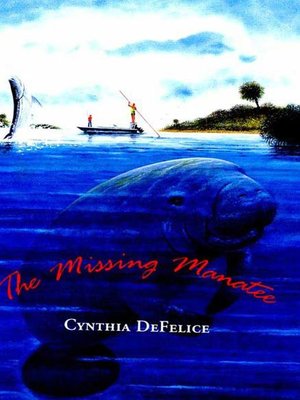 A Mystery About Fishing and Family

A tribute to Florida, fishing, and family

All Skeet Waters wants is to catch a big, beautiful tarpon on his fly rod - and to keep everything else in his life in Florida the way it's always been. But on his spring break from school, Skeet overhears his mother telling his father to move out permanently. Then, while riding in his boat to escape his parents' troubles, he discovers a manatee that's been shot in the head. Skeet puts aside his search for the manatee and its killer when Dirty Dan the Tarpon Man offers to take him out to catch his first tarpon on a fly. Because of Dan, Skeet begins to
unravel the mysteries surrounding the manatee's apparent murder and his parents' dissolving marriage.

Skeet discovers that life is a lot like tarpon fishing, in which you can't look just at the surface of the water - you have to look through it, at what lies beneath.

Cynthia DeFelice is the author of many bestselling titles for young readers, including the novels Wild Life, The Ghost of Cutler Creek, Signal, and The Missing Manatee, as well as the picture books, One Potato, Two Potato, and Casey in the Bath. H...

More about Cynthia DeFelice
The Missing Manatee
Copy and paste the code into your website.
New here? Learn how to read digital books for free