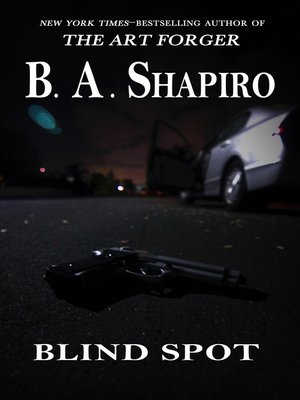 View more libraries...
In a "wonderfully crafted" supernatural thriller by the New York Times–bestselling author of The Art Forger, a forensic psychologist fights for her child (Robert B. Parker).
Blind Spot is a supernatural thriller set in an upscale suburb of Boston. It opens as forensic psychologist Suki Jacobs—a single mother struggling with a big mortgage and an ex-husband in New Zealand—receives a phone call from the police informing her that her seventeen-year-old daughter, Alexa, is at the station, claiming that her ex-boyfriend, Jonah, has been murdered. Upon further investigation, Jonah is found alive, healthy, and playing basketball. But when Jonah is killed in a drive-by shooting the next day, Alexa becomes the prime suspect. Now Suki is plunged into a fight for her daughter's life as well as a struggle over what is—and isn't—possible.
This story of a mother-daughter relationship caught in the crossfire of modern life, kids with too much knowledge of the world, and adults with too little, is a vision of all that is possible if we are willing to take off our blinders.