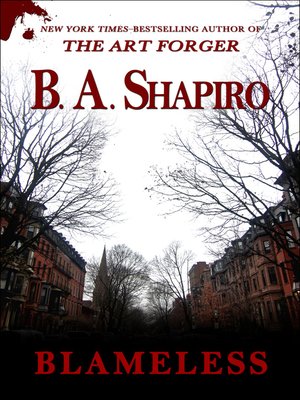 View more libraries...
A Boston psychologist fights for her life—and her unborn child—in this "compelling" thriller from the New York Times–bestselling author of The Art Forger (Boston Herald).
In Blameless, a psychological thriller set in Boston's Back Bay, psychologist Diana Marcus must fight to save her good name, career, and marriage when a patient, James Hutchins—who suffers from borderline personality disorder—commits suicide, and his family files charges of malpractice, sexual abuse, and wrongful death against her. Although she is far from blameless, Diana clears her name by proving that James did not commit suicide—a revelation that throws her into a battle for her life, as well as that of her unborn child, when she becomes the prime suspect in James's murder—and perhaps the real murderer's next victim.