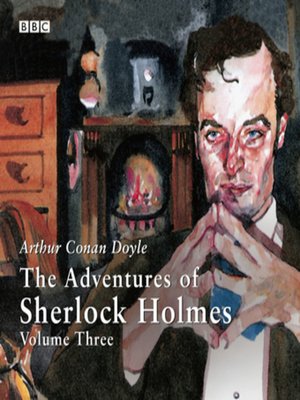 How many times did Dr John Watson tantalise us with references to mysteries which his creator, Sir Arthur Conan Doyle, never wrote about in full? In these full cast original adventures Bert Coules, the chief dramatist of BBC Radio 4's celebrated complete Sherlock Holmes canon, has imaginatively fleshed out four more unrecorded cases.

'The Striking Success of Miss Franny Blossom' sees Holmes investigating a respectable gambling club and Watson meeting a fascinating woman from his friend's past.

In 'The Thirteen Watches', a bizarre series of events on an express train brings a railway baron to Baker Street.

In 'The Peculiar Persecution of Mr John Vincent Harden', a formidable puzzle holds the clue to a long-hidden secret and the tragic fate of two very different families.

Finally, 'The Ferrers Documents' brings together a slum landlord, a missing witness and a woman in a man's world for a dark tale of hatred and revenge.

The Further Adventures of Sherlock Holmes Volume 3
Copy and paste the code into your website.
New here? Learn how to read digital books for free