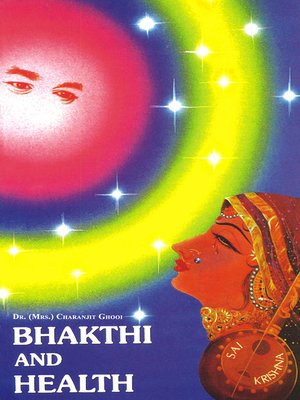 Health & FitnessReligion & SpiritualityNonfiction
"Bhakthi And Health" is the second book by the author Dr. (Mrs.) Charanjit Ghooi, on the topic devotion and health; her first book being "Spirituality And Health". A synergy is brought between the two concepts to show how they can help a person lead a better and healthy life. Dr. Ghooi is a medical practitioner by profession and well qualified in the three systems of medicine – Homoeopathy, Allopathy, and Ayurveda. "Bhakthi And Health" projects an integrated account of human personality. It is not just an integrated view of medicines. A new concept of human personality, anatomy, and health is crystallised here.In these days, the therapeutic value of the ancient traditions of Yoga, Bhakthi, and Meditation is more and more realised and accepted. Dr. Ghooi adds a strong voice to this new trend. The base of her book is the various speeches of Bhagawan, painstakingly collected from the volumes of Sathya Sai Speaks, Summer Showers In Brindavan, Sanathana Sarathi, and Bhajans, but clothed in medical language. As the name suggests, the book is soaked in Bhakthi Bhava (feeling of Bhakthi). The author has herself put the concepts into practice in her life, thus enriching its value. For those, who are not exposed to the Indian tradition of Bhakthi and Spirituality, both Indian and Western readers, this book is a valuable handbook; for patients in distress, this may open up a new horizon.
Health & FitnessReligion & SpiritualityNonfiction

More about Dr. (Mrs.) Charanjit Ghooi
Bhakthi and Health
Copy and paste the code into your website.
New here? Learn how to read digital books for free