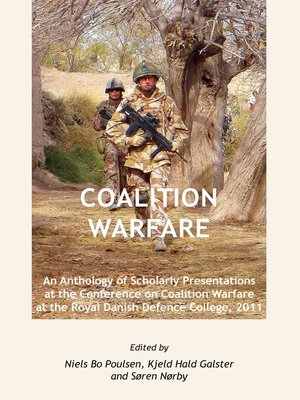 It is unquestionable that the warfare of various post-Cold War 'coalitions-of-the-willing' has drawn much attention over recent years. However, we may also notice that associations of nations fighting, or preparing to fight, for common causes are no novelty.Multi-national co-operation in fields as costly and as fateful as war depends on considerations and caveats concerning political purpose, risks, mutual trust, national wealth and pride, compatibility of military forces and a glut of intangible forces and effects characterising human interaction. Thus, this anthology includes scholarly research papers describing coalition warfare both past and present from the perspective of commonalities and differences materialising across history.Coalition warfare is a complicated matter and is as subject to frictions and surprises as any other kind of warfare, but it is a politico-military reality that remains of importance to not only historians, but also politicians and military commanders. This reality is what this anthology endeavours to scrutinise.