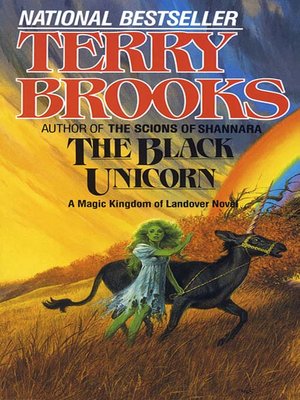 FantasyFictionThrillerHumor (Fiction)
A year had passed since Ben Holiday bought the Magic Kingdom from the wizard Meeks, who had set a series of pitfalls against him. Ben survived, by the aid of three loyal friends: Questor Thews, and ill-trained wizard; Abernathy, a talking dog, the Court Scribe; and the lovely Willow, who sometimes had to be a tree.
Bu ben had been troubled by dreams of disaster to his former partner, Miles Bennett. Yet when he returned to Earth, Ben found Miles doing splendidly.
Unknown to Ben, the dreams had been a trap by Meeks, who had returned to the Magic Kingdom as a tiny insect hidden in Ben's clothing. That first night back in Landover, Ben awoke to see Meeks gloating over him. claiming to have the medallion that could summon the mysterious knight-protector, the Paladin, and that he had cast a spell to witch appearances with Ben.
Ben found himself outcast, no longer recognized by any friend, though all his powerful enemies seemed to know him. Without the medallion, he couldn't seek the help of the Paladin against Meeks. There was only the prism cat—whatever that might be!
And where was Willow—and the mysterious black unicorn she'd set out to find?
FantasyFictionThrillerHumor (Fiction)

More about Terry Brooks
The Black Unicorn
Copy and paste the code into your website.
New here? Learn how to read digital books for free