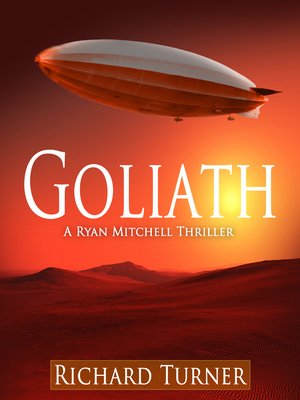 FictionSuspenseThriller
In the summer of 1931, the British Airship Goliath on her maiden flight mysteriously vanishes without a trace over West Africa, taking with her a secret that people are willing to kill and die for.Present day, an attempted kidnapping draws Ryan Mitchell into a deadly race to find the Goliath before a mysterious figure who threatens to topple governments and the lives of millions does. Joined by his team of former Special Forces operatives, Ryan Mitchell does everything he can to keep Jennifer March,a gifted historian, safe. From Ireland, to Alaska, to West Africa to Iceland the hunt for the truth is on.
FictionSuspenseThriller

More about Richard Turner
Goliath
Copy and paste the code into your website.
New here? Learn how to read digital books for free