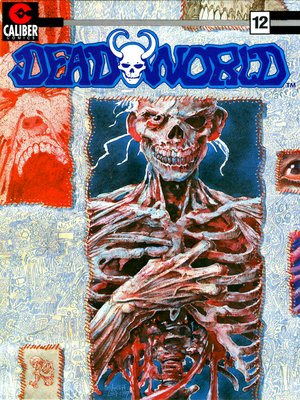 "Rawhead & Bloodybones" Dan and the others try to fight the guards they crashed in on during their escape but the resistance is over. Dan is thrown into the ring with the ultraviolent Wolverine. Now, it's a duel between two live people and Dan's chips are stacked against him. A rescue helicopter comes to aid Moloch. It has also found someone running through the woods...it is Deake. Moloch fights off King Zombie and the Grakken attack but now King Zombie knows where Deake will ultimately be. "You must get this if you're even a casual fan of horror or anything zombie or undead-related. It's clear The Walking Dead took some cues from this book (some of them honestly seem like blatant rip-offs), so go support a book that got the zombie genre right first." – Comicbastards.com