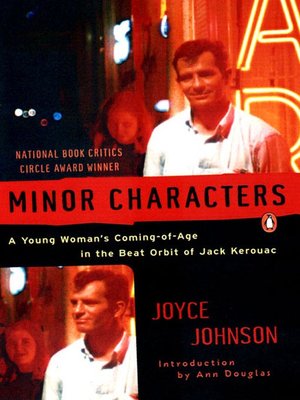 View more libraries...
Named one of the 50 best memoirs of the past 50 years by The New York Times
Winner of the National Book Critics Circle Award
"Among the great American literary memoirs of the past century . . . a riveting portrait of an era . . . Johnson captures this period with deep clarity and moving insight." – Dwight Garner, The New York Times
In 1954, Joyce Johnson's Barnard professor told his class that most women could never have the kinds of experiences that would be worth writing about. Attitudes like that were not at all unusual at a time when "good" women didn't leave home or have sex before they married; even those who broke the rules could merely expect to be minor characters in the dramas played by men. But secret rebels, like Joyce and her classmate Elise Cowen, refused to accept things as they were.

As a teenager, Johnson stole down to Greenwich Village to sing folksongs in Washington Square. She was 21 and had started her first novel when Allen Ginsberg introduced her to Jack Kerouac; nine months later she was with Kerouac when the publication of On the Road made him famous overnight. Joyce had longed to go on the road with him; instead she got a front seat at a cultural revolution under attack from all sides; made new friends like Hettie and LeRoi Jones, and found herself fighting to keep the shy, charismatic, tormented Kerouac from destroying himself. It was a woman's adventure and a fast education in life. What Johnson and other Beat Generation women would discover were the risks, the heartache and the heady excitement of trying to live as freely as the rebels they loved.