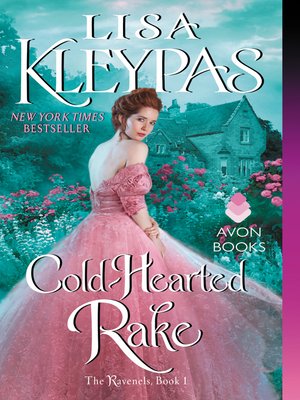 Lisa Kleypa is back with a stunning new historical romance!

Readers have long waited for the return of New York Times bestselling author Lisa Kleypas to historical romance—and now she's back with her most breathtaking yet.

Devon Ravenel, London's most wickedly charming rake, has just inherited an earldom. But his powerful new rank in society comes with unwanted responsibilities . . . and more than a few surprises. His estate is saddled with debt, and the late earl's three innocent sisters are still occupying the house . . . along with Kathleen, Lady Trenear, a beautiful young widow whose sharp wit and determination are a match for Devon's own.

Can she keep from surrendering her heart to the most dangerous man she's ever known?

New York Times bestselling author Lisa Kleypas graduated from Wellesley College with a political science degree. She's a RITA award-winning author of both historical romance and contemporary women's fiction. She lives in Washington State with her ...

More about Lisa Kleypas
Cold-Hearted Rake
Copy and paste the code into your website.
New here? Learn how to read digital books for free