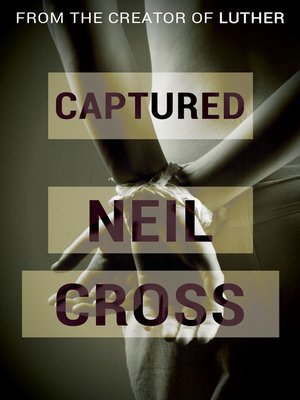 Given only weeks to live, Kenny Drummond finds a mystery worth dying to solve
In this gripping psychological thriller from the creator of Luther, Kenny Drummond has been diagnosed with late-stage brain cancer and is writing a list—a list of all the people he has let down in one way or another. He is determined to make amends before the black smudge that keeps showing up on his scans exercises its final power over him.
Working his way down the list, Kenny comes to an old schoolmate, Callie Barton, who was kind when he needed a friend. He heard she dated and eventually married Jonathan Reese, and that they live in Bath.
But no matter how hard he tries, Kenny can't seem to get ahold of Callie; she's disappeared without a trace. In fact, there are rumors that Reese wasn't the kindest husband. And he sure seems like he has something to hide.
Now Kenny has a ticking clock and a promise to keep, and nothing's going to stand in his way.

More about Neil Cross
Captured
Copy and paste the code into your website.
New here? Learn how to read digital books for free