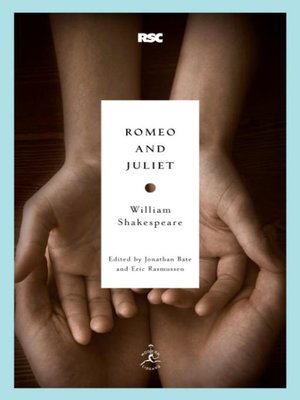 View more libraries...
"The permanent popularity, now of mythic intensity, of Romeo and Juliet is more than justified," writes eminent scholar Harold Bloom, "since the play is the largest and most persuasive celebration of romantic love in Western literature."

William Shakespeare (1564-1616) based his early romantic tragedy on Arthur Brooke's 1562 poem The Tragicall Historye of Romeus and Juliet. Shakespeare's resulting masterpiece, in turn, has inspired countless retellings around the world in mediums that include literature, dance, stage, and screen.

"It is Shakespear all over, and Shakespear when he was young," declares William Hazlitt (1778-1830), acclaimed British essayist and critic, in his exuberant Introduction to this Modern Library edition.

"Two households, both alike in dignity, In fair Verona, where we lay our scene, From ancient grudge break to new mutiny, Where civil blood makes civil hands unclean. From forth the fatal loins...