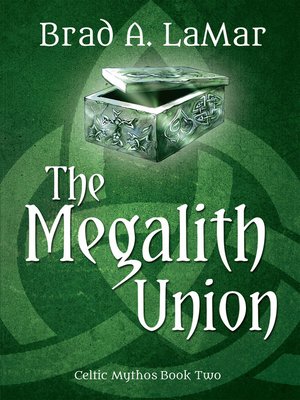 View more libraries...
The fate of mankind teeters on the edge of the megalith union.
Just as life was returning to normal for Brendan as a college freshman, the hands of fate intervene and adventure besets him again in the second installment of the best-selling Celtic Mythos series.
Elathan, the golden god of Celtic lore, is reborn out of the ashes of a dead king and evil witch. Through Brendan and his family, Elathan maneuvers the tendrils of destiny, seeking to gain ultimate power at the expense of all humanity.
Dogged by giants, alphyns, and ruas, Brendan, Dorian, Lizzie, and a new cast of characters risk it all to unravel the mystery of the ultimate foe. With Corways under attack and Brendan's father captured by a forgotten enemy, can Brendan and his allies prevent the end of days?
As the megalith union looms, Brendan and his friends must look to the past to prevent a future where Elathan reigns supreme.
"I recommend this book to anyone looking to read a LOT of action, an amazing amount of adventure, lovable characters, magical creatures, scary villains, a hint of a love story, a fantastic story that will keep you reading and an ending that make you want more!!!" – Love 2 Read Always Book Blog
"This book will have you addicted in seconds!" – Verified Purchaser
If you liked Percy Jackson and the Olympians or Fablehaven, you won't want to miss The Megalith Union!
The Celtic Mythos
1. The Obsidian Dagger
2. The Megalith Union
3. The Dominion Pulse
4. The Bloodright Inheritance