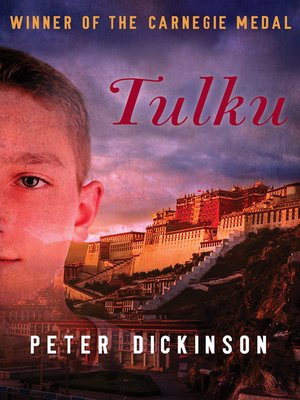 When Theodore's safe, predictable world is destroyed, his life—and his faith—are in danger
Thirteen-year-old Theodore has lived in China all his life and never felt terror, until his father's missionary settlement is attacked and burned in the night. Theodore follows his father's orders and hides in the forest, only creeping back the next morning to see if anything—or anyone—has survived. But before he reaches the smoldering wreckage he runs into the formidable Mrs. Jones, a botanist and adventurer who's traveling across China on horseback with her young companion, Lung.
The three head into the Himalayan foothills, where a mountainside escape puts them at the mercy of the Lama Amchi. The holy man seems interested in Theodore and leads the group to an extraordinary hidden monastery. But deep in the mountains, with winter coming and monks following their every move, will rescue come at a price? Are Theodore and his friends honored guests—or prisoners?

Peter Dickinson was born in Africa but raised and educated in England. From 1952 to 1969 he was on the editorial staff of Punch, and since then earned his living writing fiction of various kinds for children and adults. His books have been publish...

More about Peter Dickinson
Tulku
Copy and paste the code into your website.
New here? Learn how to read digital books for free