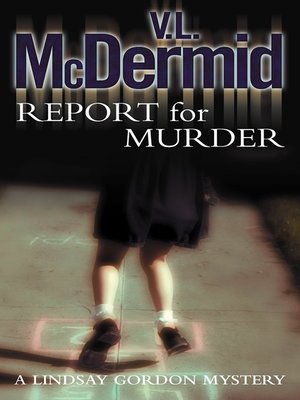 FictionMystery
The first novel in the Lindsay Gordon series - a gripping and thrilling page-turner, starring a self-proclaimed 'cynical socialist lesbian feminist journalist' - from the number one bestseller Val McDermid. Freelance journalist Lindsay Gordon is strapped for cash. Why else would she agree to cover a fund-raising gala at a girls' public school? But when the star attraction is found garrotted with her own cello string minutes before she is due on stage, Lindsay finds herself investigating a vicious murder. Who would have wanted Lorna Smith Cooper dead? Who had the key to the locked room in which her body was found? And who could have slipped out of the hall at just the right time to commit this calculated and cold-blooded crime? Report for Murder is the first title in Val Mcdermid's Lindsay Gordon series.
FictionMystery

Val McDermid is a No.1 bestseller whose novels have been translated into more than thirty languages, and have sold more than sixteen million copies. She has won many awards internationally, including the CWA Gold Dagger for best crime novel of the...

More about V. L. McDermid
Report for Murder
Copy and paste the code into your website.
New here? Learn how to read digital books for free