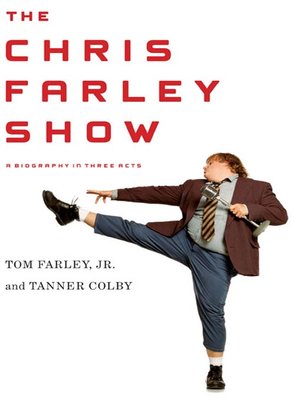 A Biography in Three Acts

After three years of sobriety, Chris Farley's life was at its creative peak until a string of professional disappointments chased him back to drugs and alcohol. He fought hard against them, but it was a fight he would lose in December 1997. Farley's fans immediately drew parallels between his death and that of his idol, John Belushi. Without looking deeper, however, many failed to see that Farley was much more than just another Hollywood drug overdose. In this officially authorized oral history, Farley's friends and family remember his work and life. Along the way, they tell a remarkable story of boundless energy, determination, and laughter that could only keep the demons at bay for so long.

The Chris Farley Show
Copy and paste the code into your website.
New here? Learn how to read digital books for free