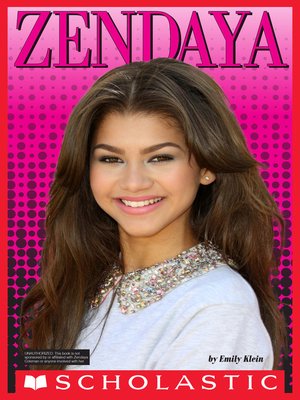 Zendaya Coleman, the star of Disney's "Shake It Up," is the newest "it" girl! Zendaya is a 17-year-old actress/singer whose solo album debuts September 2013. Best known for her role on Disney Channel's sitcom Shake It Up, Zendaya also came in second place on a recent season of Dancing with the Stars and has collaborated on several fashion lines. This young, triple threat is surely here to stay!

Zendaya
Copy and paste the code into your website.
New here? Learn how to read digital books for free