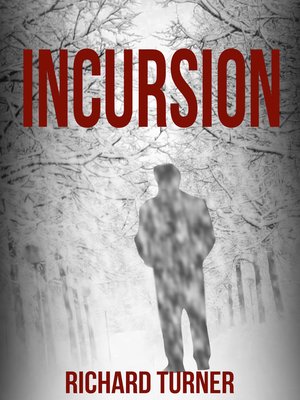 FictionHorrorSuspenseThriller
Parachuted into Nazi occupied Norway, a team of allied commandos struggle against the elements and time try and locate an advanced German plane reported to have crashed in the hills near a small German army radio station.Working closely with the Norwegian resistance, Captain James Shaw and his team quickly discover that things are not what they seem. Soon, mysterious and unexplained deaths begin to plague the mission.Drawn into a deadly fight to stay alive against Nazi forces and an unseen, unstoppable foe, Shaw must determine what is killing his men before all is lost.
FictionHorrorSuspenseThriller

More about Richard Turner
Incursion
Copy and paste the code into your website.
New here? Learn how to read digital books for free