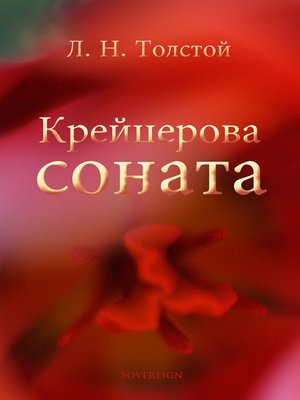 The Kreutzer Sonata, one of the most controversial novels written by Leo Tolstoy. It was named after Beethoven's Kreutzer Sonata and attracted immediate attention of censors on both sides of the Atlantic when it first appeared. The narrative follows the main character, Pozdnyshev who relates the events leading up to his killing his wife.

More about Leo Tolstoy
Крейцерова соната (The Kreutzer Sonata)
Copy and paste the code into your website.
New here? Learn how to read digital books for free