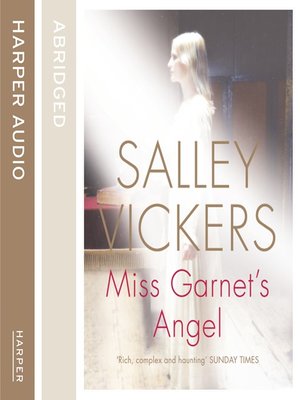 FictionLiterature
The new edition of Salley Vicker's sensational debut novel. 'Miss Garnet's Angel' is a voyage of discovery; a novel about Venice but also the rich story of the explosive possibilities of change in all of us at any time. Julia Garnet is a teacher. Just retired, she is left a legacy which she uses by leaving her orderly life and going to live – in winter – in an apartment in Venice. Its beauty, its secret corners and treasures, and its people overwhelm a lifetime of reserve and caution. Above all, she's touched by the all-prevalent spirit of the Angel, Raphael. The ancient tale of Tobias, who travels to Media unaware he is accompanied by the Archangel Raphael, unfolds alongside Julia Garnet's contemporary journey. The two stories interweave with parents and landladies, restorers and priests, American tourists and ancient travellers abounding. The result is an enormously satisfying journey of the spirit – and Julia Garnet is a character to treasure.
FictionLiterature

Salley Vickers' subtle, witty style and clear-eyed observation of human nature has been compared to Penelope Fitzgerald and Barbara Pym. She has worked as a university teacher of literature, specialising in Shakespeare, and in adult education, whe...

More about Salley Vickers
Miss Garnet's Angel
Copy and paste the code into your website.
New here? Learn how to read digital books for free