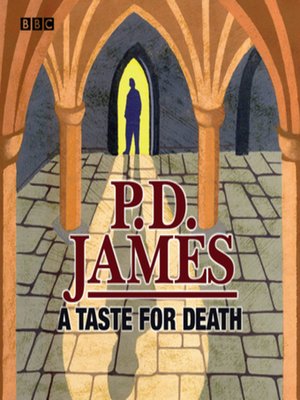 A Taste For Death

FictionMystery
Richard Derrington and Deborah McAndrew star in this thrilling dramatisation of P.D. James' enduringly popular mystery. When two men are discovered with their throats cut in the vestry of St Matthew's Church, the police are faced with an intriguing challenge. For one of the victims was ex-Government minister Sir Paul Berowne, the other, Harry Mack, a local tramp and alcoholic. For Commander Adam Dalgliesh, now heading a Scotland Yard unit set up to investigate politically sensitive crimes, the case is particularly affecting – he had known Berowne, and the minister had asked for his help regarding an anonymous letter shortly before his resignation. Could the letter, implicating Berowne in the deaths of two women, be linked to the bodies in the vestry? How are Berowne's wife and family involved – and what is the relationship between Berowne and the tramp? Aided by Inspector Kate Miskin and Chief Inspector John Massingham, Dalgliesh must answer these questions to uncover the truth...
FictionMystery

Phyllis Dorothy James (Baroness James of Holland Park) was born in Oxford on 3 August 1920, the eldest of three children. She was educated at Cambridge Girls' High School but was not given the option of attending university. At sixteen, she follow...

A Taste For Death
Copy and paste the code into your website.
New here? Learn how to read digital books for free